Well, it's certainly been a while since my last post but that's mainly because I've been doing a lot more things due to my improved health. For a while I was on my Clexane injections which was improving my condition along with my own rehab program that I've been doing and that improved my health to some extent. However, for the last month or so I've been moved across to Warfarin as my clot has now stabilized and it has been the best decision me and my doctors have made in the last 18 months.

Warfarin comes in tablet form so I no longer have to do twice daily injections which means that my overall pain has reduced (it's now only in my leg) and my haematoma have disappeared. Although there are some side effects and complications with Warfarin they definitely out weigh the side effects of Clexane.

With Warfarin I have to be careful with the types of food that I eat and even avoid certain foods as vitamin K can really effect how it's absorbed and used by the body. Things like sweet potato, dark green leafy vegetables, egg yolks and cranberry juice are a nightmare for your INR which is the value the doctors use to monitor how thick your blood is.

As a women you'll also find out that Warfarin will make your periods a lot heavier than they used to be. Fortunately there are certain contraceptive options that can help to control your periods by introducing more progesterone to your body which will decrease the amount of active estrogen, therefore making your periods lighter. 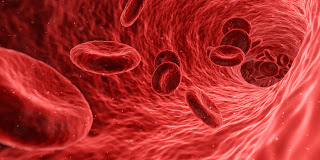 It's now been some time since I have made the shift from Clexane to Warfarin and it has been a rocky road trying to get a stable INR where I'm not visiting the hospital every two weeks to have a blood test. I have to say that my anticoagulant nurses have been absolutely amazing at what they do and I couldn't have done it without them as they actually take the time to know you and to make an investment in your health. I trust these ladies so much that although I have moved out of the area I still make the 30 mile trip every time just to have them look after me.

One of the things that I have learned over the last two years is that you really have to pay attention to what you are eating every single time you eat. Going about your day and not concentrating on your diet can make your life a nightmare when you have to take Warfarin. Not only will your blood tests be more frequent but you'll also be putting yourself at risk by either having too thick blood and at risk for a blood clot, or you'll be suffering from random bleeds and risk a hemorrhage; I have experience 'bleeding skin' before where you have dots of blood simply make their way through you pores because you are bleeding internally somewhere (a bunch of capillaries in my case but it could be much worse).

I also discovered that not being truthful (or even simply forgetting) with your nurses can lead to problems as well. Having an altered INR score (higher or lower than your target) is one of the most frustrating things you can go through because you will be taking up your valuable time - as well as the nurses and other patients - trying to figure out what you have done differently that week (bearing in mind Warfarin works on a 3 day schedule with your body) and then debate whether or not to adjust your medication and when to see you next to check your INR. To avoid this you need to take note of what you are eating and drinking so that you can plan this with your nurses; it's ok to change your diet (eg. going on holiday) or go out drinking as long as they know about and can help you manage your medication and keep your next test as far in the future as possible.

I have (touch wood) now been on a happy schedule of every 6 - 8 weeks where I am now in control of my diet, I'm losing weight again, and I get it eat a wide variety of food doing so. This has been about 18 months in the making but had I listened to my nurses to start with and took the time to document my food and alcohol (on the rare occasion) I would have reached this point much much sooner.
Posted by Bobski606 at 18:06

What Are You Looking For?